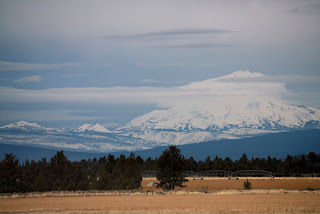 After thinking about what I said in the 2010 blog about how I want to be more than I am, I thought I better add a postscript lest readers think that means I am miserable in being who I am.

Whether this will sound like the right thing to say, I like who I am-- a lot (and that includes being 66 years old). I feel so incredibly lucky I have had the life I have had. Biologically and environmentally I was gifted on many levels.

It starts with my family. I have often thought how fortunate I was to have the family I had and that which I still do. That does not mean it was/is perfect, but it suits me perfectly. I used to tell my daughter that she was perfect to me. She didn't get it until she had children of her own and then saw they can be perfect to her even if not perfect literally.

A perfect family (whatever that might be) would not be as great a gift as having one that was complex, where there were challenges, but one that helped you be who you are-- even if that came through obstacles (some of which I never did surmount).

I love the genetic mix that I was given for what I have looked like. I could have changed the feature that most would be criticized in the culture in which I grew up (nose with a bump), but I didn't do it. At my age now I am delighted I didn't since I see it as being unique, and I don't want to look like everybody else.

To say I really like myself is not to say I am perfect, nor that I see nothing that could be better. That's the whole point of change and working toward more. It's not that I have to see myself as inferior to want change, but rather that I believe in myself enough that I know I can be more. If I can seek that through ALL of my life, right up until the day I die, I will feel it was a good thing. To sit back and say, that's enough, that is all I want to be, that seems to me the road to stagnation and atrophy. You can enjoy being who you are while still working to be more.

Throughout my life I have been a person who asks 'why' even when it often isn't popular to ask. It's in my nature to wonder about things, relationships, life. It is not in my nature to ever think I have the definitive answer. I might think I have the definitive answer for now letting things go for awhile to pick them up later and see if that answer still works. To me, all of life is organic and growing. Change is part of that.

In my eyes, my biggest flaw (and my friends and family know there is more than one) would be that I tend to get into too many things through that wondering and not really go deep enough in any. I know about a lot of things but not a LOT about many of them. I am a person of diverse interests instead of one great passion. I regret that in some ways, but we are who we are. I find people who have that one great passion to be quite fascinating maybe because it's my own missing element (so far).

I could try and stick to one subject, make it my cause, but I know I wouldn't do it. Somewhere along the way I'd be diverted off by something else. I have accepted that I will never have one great gift. On the other hand, I find life endlessly fascinating and am almost never bored.

Finally, I got an email from [Stephanie Ellen St.Claire] that happily fit with what I had also been thinking regarding 2010. Whenever that happens, I feel an encouragement to trust my own insights. Because I know not everyone is into astrology and it's a lengthy look from a psychic, channeler, and astrologer, I decided to put it into Rainy Day Extras for those who are interested in checking out alternative ways of looking at life.

Change is everything to me; without it nothing could continue. I don't know that I can be more than what I am. As Popeye says, "I yam what I yam." I just try to be the best possible me that can possibly be... and maybe some day I'll figure out what that is!

(I enjoy knowing a lot of stuff, but being a master of nothing, 'cause that way no one expects too much of me!)

As I've been saying for years, I don't know how to be anybody but me. I didn't always like me for various reasons including a hypercritical mother but I've finally reached a point where I am mostly comfortable with myself and my limitations.

Thank you for this post!!!! It is the you who I've come to know and count as one of my best friends!!!!

Rain, I am sure your friends and family would not change one thing about you. I don't know if becoming a 'more you' would be overkill or not. You are striking in your appearance and your intelligence is exceptional. You are warm and caring and what more can you ask for?

I am no longer introspective as I know I won't change, but there was a time when I went through the self examination to see if I could be a better person. It didn't take I guess because I am still the same person I always was and it's probably too late to do much about it. I guess my family might wish that were not so.

I think I could have written a very similar post (no kids, though, so that part would be completely different). But I definitely identify with your perceptions about how you have lived your life. We just find life itself so incredibly interesting.

Rain--I hope you won't be insulted to learn that you and I are alike in at least a couple of ways: noses and being Jill-of-all-trades, master-of-none.

There was never any doubt who fathered me! My nose is like my father's, whose nose was like his mother's and brother's.

I am pretty good at most things that interest me, but then I hit a roadblock through simultaneous lack of smarts enough to progress and lack of interest. (I bore too easily.)

Not at all CopCar. My nose goes to my father and grandfather and I am proud of it. The rest of my family though had the small english noses and I am sure they were proud of theirs too. I didn't know until I was a woman that my nose was very French. First I was told it by a gallery owner when I saw a sculpture that looked like me-- nose and all. He said-- south of France. Then later I'd see French people at say Grand Canyon and knew from where my features had come. I didn't stand out in that group :) Tracing back my heritage, my people had come from France in the 1600s, name and all, and it made total sense that sometimes a feature-- like nose and cheekbones would come through all those generations to today.

as for the introspection, it's not likely to change but I am actually more interested in other people and how they think than always me. Once in awhile though, especially with the start of a new year, I do some looking into me and why I do what I do-- the good and the bad of it.

This is all very very interesting Rain. And I am incredibly interested in Stephanie and her readings.
I certainly believe we are who we are and one has to work with whatever you have....I've always compared my life "gifts", if you want to call them that, to a deck of cards--I mean what we come in with. Some people have been dealt a better hand than others. If your highest card is a nine, you cannot make it into a King, for example. But, given whatever hand one has been dealt, and let's say your highest card actually is indeed a Nine, I DO believe one could make it the BEST Nine there is.....!

I have also always asked why and I call myself an information dilettante. I, too, know a little about a lot of things.

I find that I am not one me. I change from when I am alone and when I am with people, and specific people.