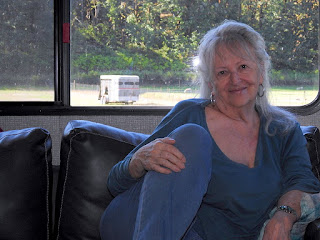 Hard to believe that it's already October. It's been a unique year for me-- living in a vacation trailer for half of it or thereabouts. That will end but not sure when exactly. It will depend on when the chores at the farm are finished or as finished as is possible right now. That is more about Ranch Boss than me.

My big decision is whether to continue this blog or let it go into hibernation for a while. I won't close it down no matter what i decide as I did that years back with an earlier blog and had the title taken over before I got back to reclaim it.

Pretty definite is Diane will not be back with the blog as she has found other ways to communicate what she is doing. I never actually did that with Rainy Day Thought, as for me, it's been about ideas. I don't share emotional difficulties or much of my daily life as it's been about what I'm thinking. I also rarely delve into politics as I prefer cultural issues to partisan ones. Perhaps someone else's idea is no longer of much interest with readers as the numbers have gone down a lot for readership and don't get me started on comments lol. It wasn't always this way but times change. Are blogs like mine no longer relevant?

I will take a break in October and maybe November to evaluate how I feel about that. If you have an opinion on it, you might consider making a comment no matter which way you think.

Oh, and on that last blog from 2014, eight years makes a big difference as we head into actual old age territory. No, I don't think that is their sixties for most people. That's really an extension of middle age. We definitely age at different rates but by our 70s, it's getting into true old age and I've seen it with things that bother me that did not earlier. As Ranch Boss and I turn 78 this year, we are both more aware of the limitations on our lives. Maybe that's due to poor choices but poor choices when younger generally slide on by. The older we get, the more it hits home.

What I find myself thinking about the most often is-- what is my life purpose to be ... with old age?