After writing about my fall, my mind was on things I've learned this last year about my health. It's one of those things I don't generally write about but maybe some of what I've learned will help others as a lot of it I hadn't thought of before.

The one still impacting my life is keeping track of my blood sugar. I always thought if I had problems with it, it'd be heading toward diabetes. Not so. I ended up off and on (some thanks to nightshade intolerance before I realized it) going to hypoglycemia. Fortunately, I never went all the way into the dangerous realm, but when I get down to 70, my body reacts to it by unsteadiness and not feeling well.

How do I keep it from going there-- small meals and carbs... What I had been doing, because I liked it, was eating a good breakfast and lunch around noon and then not eating much from then through the rest of the day. What I do now is breakfast, mid-morning snack, lunch, mid afternoon snack and a piece of cheese before bed, which for me tends to be between 6 and 7 since I am up before 4 the next morning. If I watched movies or television, I'd likely stay up later. I do not.

The nightshades have been a huge disappointment and some of them were among my favorite foods, like tomatoes, but worse was what is often snuck into processed foods i.e. paprika. If I eat that, I am in bad shape within a day or two.

There was a plus to this. I've lost 50 lbs over the last couple of years and wear jeans 4 sizes smaller than I did. I think maybe the snacks might help with what my last doctor visit revealed that I was low on sodium. Who thinks that could happen given we are not supposed to eat salt! Some of this might be aging as in 2021, I turned 78. I didn't imagine getting that old as at one time I thought I wouldn't live past 30. So goes my age predictions.

The photo is from a month ago right before we took the tree down. I care less about how I look these days than I do about how I feel and how I can move (walking gracefully is a thing of the past but I am settling for being stable :). 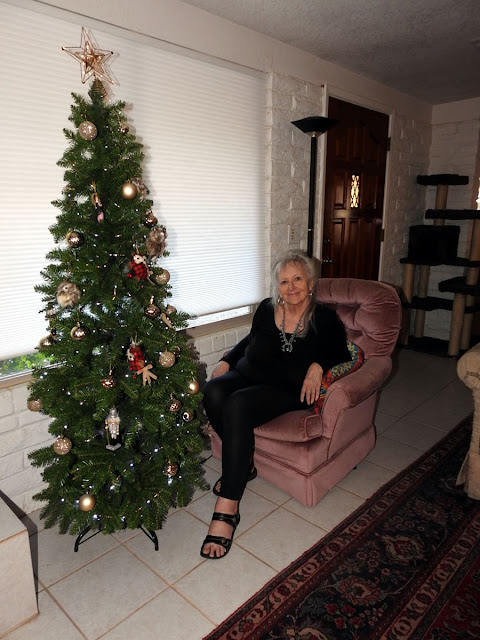 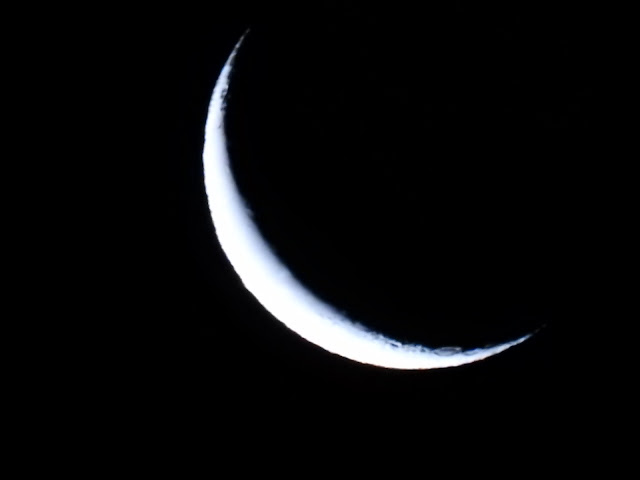 There are many things for which elders are told to watch out. Blood pressure, blood sugar, pains, etc. etc. One of them is falling...

Before I was an elder, or whatever you call old folks, I took falls at various times but always about tripping on something, like on a hiking trail or walking up from the fields and my toe catching an uneven edge of the field. Then there was the time I broke my nose falling after I caught my toe on a carpet that was uneven. That one could have been bad since I landed on our bedroom's rock floor. It was scary-- all falls are. But overall, my nose survived and it made me more aware of our Oriental rugs.

The fall that I took the 26th of January didn't involve what I expected and could have been far worse than it was. I had decided to walk out the door to our concrete patio, pick up our small cat from a chair and carry her into the house. I got to the door, put one foot up onto the house when the other foot began to slide. I knew I was falling, but I worried also that I'd hurt the cat I was still carrying. I went down hard, hit my head on the screen door and then the concrete, I laid there a few seconds while I tried to figure out if my fall had crushed the cat. She was long gone. Then, I felt of my head. I had a lump sticking out from my hair... Not good. I got myself to a sitting position, into the house, and crawled to the sofa where I could use it and the coffee table to be sitting there when Ranch Boss got back from the store. He told me that the cat was fine. More or less I thought I was, although I wasn't sure about the meaning of the lump, which quickly went down.

I could go into more details about the next days, but the reason I am writing this is because of what I learned about head injuries, most of which I had wished I hadn't known. You don't need to lose consciousness for a head injury to be serious. You also, don't need to fall a long ways. What matters is what the brain has done as it hits against the skull.

My curiosity about this got into what happened to Natasha Richardson in 2009. She was on a beginner's ski slope, fell, hit her head on hard packed snow, was immediately back up, thought it was nothing. She was wrong and died 3 days later when she was brain dead from what her brain had done against her skull.

The other thing I learned is it can take a month for the worst consequences to show up with some head injuries. The lesson here, might be don't go to the internet for more info as it can be scary. Still, there are some symptoms of serious brain damage which include pain, nausea, unsteadiness, and more if you want to check it out.

We found out why my other foot slid-- loose dirt under the mat by the door. So, the lessons are get the mat away from the door, and do more exercises to have stronger leg muscles (something I knew was a problem at my age due to the lack of long walks).

So, this is here for warnings to others... as well as to quit thinking about what the heck I did that led to what happened.