Is religion itself an illusion? 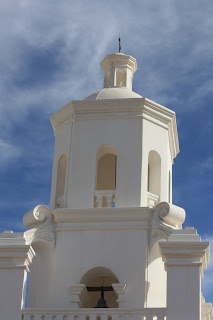 Some would say god is an illusion, an image, a power that man created to give himself security and a bit of influence in a world that offers very little of either. The problem with looking toward god as the illusion or even spirit beings like say angels or ghosts is how do we prove they aren't there? Is something an illusion when it might be a fact?

For every supposed proof of answered prayer, there are those not answered (but it was for the person's best). No matter how many temples are built to honor a particular god, the reality is we cannot prove a god exists by anything worldly. We also cannot prove he doesn't exist.

Religions don't even try to prove it. They say it's all about faith and it's for one's own good that there is no proof. Never mind the confusion that kind of attitude can lead to anywhere else in life. Every example of proof positive depends on mankind believing someone else for what they saw (burning bush). So I would leave behind whether god is an illusion to another question that is easier to look into.

Is religion the illusion?
Now I am not talking about people who get into a religion for the social aspect, for helping others, for joining together, even for pleasure in the rituals, but rather when they buy into the belief that the religion was created by a god to give mankind salvation or rules for living. That's where the question of illusion comes into play. I don't see it being an illusion to join a group as long as your reasons for doing it are based on reality.

As I mulled this around in my head, knowing how many people find great comfort in believing their religion is from god (and how offensive even asking this question is to those same people), I saw this article from Nicholas Kristof which I think plays into this question as in looking at what good (or harm) religion does for those practicing it and for the world.

The thing is, the premise of most religions is that we can learn what god wants, what makes for a good life, and this will happen through channeled wisdom given to a holy person often (but not always) a long time ago. Religions are basically centered around a set of beliefs and rules. What if those beliefs and codes do not lead to a better life?

In a religion, you are asked to accept that a (or usually the) god directly contacts and inspires mankind. And this will not be all mankind because if god did that, then there would be no need for any religion. No, the religion claims that god contacted (and may still be contacting) someone special, and thus we can trust the truth delivered to the rest of us. You can obviously find that in many different kinds of faiths.

Rules for living, piousness, charity, love, goodwill, murder, exile, and wars could flow from applying those original claims of direct contact. The demands might be simple ones-- say some words. They might be more complex-- give up a normal life. They could be deadly-- blow yourself up. Most all lead to promise of a heavenly reward.

When the basis of a religion is the belief there was a contact with god, when it's based on that set of expectations, that's when it is potentially an illusion. Did/does that religion contact a god, the god, the creator of all life?

Some use religion's earthly failures (and it's not hard to show those) as proof that there is no god; but there could be a god and every religion out there could be wrong. It is even possible that religion itself blocks us from ever connecting with anything but it.

One could ask if religions (see link above) improve life on earth or make it worse? Religions encourage people to put off their best interests for a higher good-- one the religion will explain to the follower. Religions often talk of an end time; so however bad it is with one group exploiting another, the abused group should be patient and it'll all work out. Religions have often served as a forerunner of a more advanced culture overrunning a less powerful one. The promises they make have given some an excuse for doing terrible things.

I don't have the answer to the question I posed. Definitely an end to religions won't come to pass as it's obvious by now that people need them too much. But for a minute, suppose we had no religions? Would life today be better across the world, or worse? Your answer could depend on what you believe about one particular religion-- yours.

(Photo is December at one of my personal favorite religious sites, San Xavier del Bac. The energy there is very strong, and I cannot give you a logical reason why that might be so. I can just say it is.)
Posted by Rain Trueax at Tuesday, January 26, 2010

Religion is a tool, often abused by some to create power over others. If your religion has a power structure built into it based on someone's interpretation of what God is saying, then you know it is just a creation of a power structure to have control over others, not truly from any God.

Spirituality, on the other hand, has absolutely nothing to do with religion, although it is co-opted by religion and claimed by some religions as part of their way of creating power over others. Spirituality is whatever makes you feel more alive, more loving, and more loved.

I am not sure the world would be much better or worse without religion, we would surely come up with something to replace it. A lot of the ills of religion seem to stem from some fundamental belief in outside authority, and that is not restricted to religion. Our whole way of life is predicated on giving authority over certain aspects of our lives to someone or something else. I am not sure we are capable of carrying on without that belief, but it certainly has its downside.

My religion claims that all religion is illusion/delusion, and suggests at a certain point that I abandon my religion for the sake of reality. But even knowing that, I and many others cling to it anyway, because it is the spiritual journey that makes us truly human, and keeps us on-board the right train.

Rain--Having seen what supposedly rational people have been taught to believe, I reject both religions and spirituality. Each is, as someone once said, the opiate of the people. It may be comforting to be religious/spiritual, but I've seen nothing to suggest that either is actually helpful to people.
Cop Car

In my life time I see progress in religions in the area of accepting women as equals.

Religion is real but the concepts of practioners are subject to being illusive. by being real I mean there is some psychological as well as spiritual basics. I thinkyou said the same only better.

Good post and this post helped me alot in my college assignement. Thank you as your information.

Good dispatch and this mail helped me alot in my college assignement. Thanks you seeking your information.