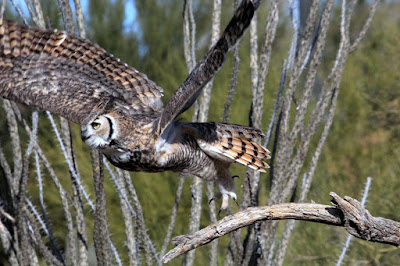 After a week or two of stressful dreams, which didn't quite qualify as nightmares but left me waking upset, Monday morning, I lay in bed thinking of what might be behind them. None were the sort of events that could actually happen, but the stress I woke with was very real.

The last dream had me doing something unethical, potentially dangerous, and frankly stupid. It began in the most mundane, easy way where one step led to another without thinking. Just before I woke, I was realizing that because of the dumb choice, I could end up being arrested even with a felony on my record. I woke before it happened, but my awareness that it could have was with me when I opened my eyes and thought... what the ---?

None of these dreams have been of a premonition type (most didn't take it so far as actually being criminal). They were always full of elements that aren't in my life or taking actions I'd never take-- still what's going on with my subconscious!

It was the middle of the night, and I lay there thinking-- trying to understand why such upsetting dreams? Stress is always hard to pin down. It does not have to come from important problems. Actually, I don't have a lot of problems as such, at least not those that aren't part of routine life-- like not exercising enough, gaining weight that's not healthy, the usual things that I could do something about but haven't for assorted reasons.

There might be more adjustments ahead, but what I decided in the morning was this blog is a place where I have temporarily run out of ideas. I haven't wanted to write a journal type blog where I get into what we are doing or not doing. It's been about ideas... and frankly, I don't currently have any.

In blogging, a lot of friends have come, gone, and come from their blogs. I am going to do that. I won't be posting anything new here until August 1st, which is conveniently a Saturday. Whether I then take off August will depend on what comes up through the month of July. I have no plans for it. Ranch Boss and I might finally take some little vacations within the state of Oregon, do some hiking, and just slow our lives down after a rather hectic, high pressure winter and spring. Summer seems a good time to take a break when a lot of people are also off doing their own re-creating.

I have an Arizona historical due out August 5th, but it's written and only takes editing-- no creative thinking-- mostly craft. I will continue to post off and on at Rain Trueax Facebook where I sometimes share my writing but don't have a schedule (the link there is alongside if you want to bookmark it). I will keep posting weekly book snippets into Rain Trueax.

Maybe what I need most now is a span of no thinking-- just being. I would like a nowhere month with no expectations for myself or anyone else. Maybe I'll even get a chance to read someone else's books. I tend to buy a lot of them through the year for my Kindle. Now is a good time to sit outside and read some.

Before I posted this, I received an email regarding the July 1st full moon. I love this kind of serendipity:

This full moon may bring about a feeling of being overwhelmed by all that is not “right” in your life and therefore a good time to take a break from it all to do something for yourself that is nurturing, loving and peaceful.
Posted by Rain Trueax at Wednesday, July 01, 2015 9 comments: