Thank you Rain for putting up a detail of my painting, "Fantasy" as the blog header.   It is a female strong 2019 fantasy interpretation of Henri Rousseau's "The Dream".  It is still a painting in process. Missing is a monkey and tropical birds hiding in the tree. This change will not change this header.

Sunday I anticipated some days this week would be so challenging that actual hands on involvement, even for a few minutes, would not be possible. When this post is published, my husband and I will hopefully be learning how he can heal after no improvement from the hiatal hernia repair 12 weeks ago.
I love vegetables and fixing them.  I spend hours cooking for me and my husband, so as I cook I am preparing to paint. I continue to seek forms that speak to me.
Some of the waste is just too precious to eat.
Last year we couldn't get the bok choy to grow. Maybe the heart will grow better than seeds so loved by the purple finch we invite into our yard by feeding them sunflower seeds.  Maybe these beauties will inspire new work. 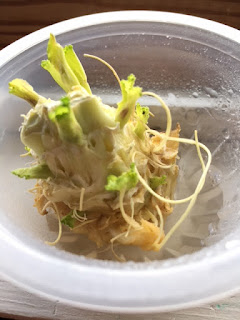 Maybe the purple cabbage will be part of an assembliage. I have many ideas. Too many ideas are better than none. Maybe I can tie them together soon. 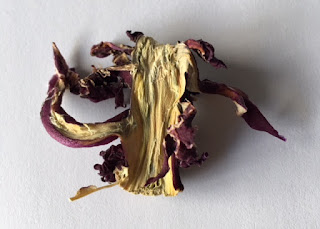 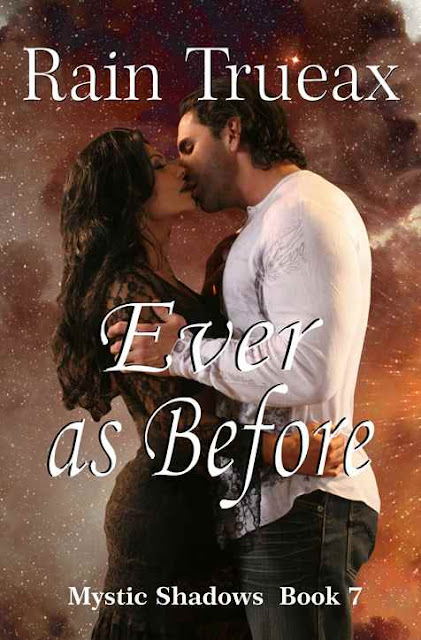 Looking for a new read that is a kind of magical realism just in time for Imbolc? How about throwing in a threat of the living dead? A particularly determined demon? Natural born witches, gnomes, warlocks, shamans-- this is, after all the 7th in the Mystic Shadows series of books that move beyond what we consider reality to something else. Might that something else be quantum physics? What if there is an alchemist aspect to how evil can be fought and contained? Imbolc is a good time for a story that is a mix of physical reality and romantic fantasy.
Read more »
Posted by Rain Trueax at Saturday, January 25, 2020 2 comments:

by Diane; Update #3 How my changes in the studio and palettes make painting more relaxing during stressful times

Not part of the plan 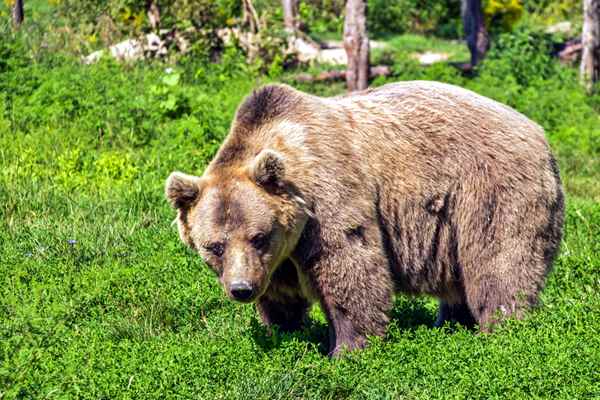 Well, that last hero was pretty normal-- if being a billionaire is normal. How about a hero who has some unusual habits-- like shifting into an animal? A rock star who wants out of that life? A man with a love that he left due to his frightening secrets? What if his deceased mother was Navajo and that land is still in his blood? What if he has an enemy out to destroy him? Hey, why not!

by Diane: Update #2 - Getting started painting 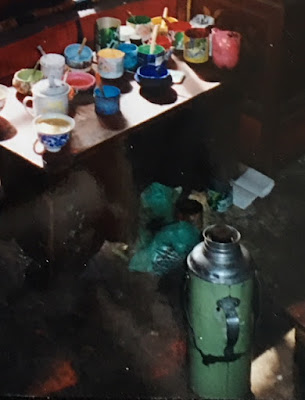 I am going about managing my paints like the Tibetan monk I met in 2002. Like the monk my  tools are made of materials in my easy reach. The monk's paint pots are an assortment of recycled containers. His brushes were handmade with stick handles. I am making a brush cleaner from what I can glean - plastic jar and void credit card.
We are using different paint. Mine is acrylic and cannot be reconstituted after drying like his. So I need to keep the paint moist in a sealed container.

﻿
In preliminary testing of a partially filled palette, I find I have some failures.
﻿My scrapper failed. Thicker paint stuck to the credit card when theoretically I expected all paint to fall into the jar. Just pressure balanced the credit card when pushed to hard fell into the paint below.
Next week I will bend a stiff wire to stand high up in the paint scrapping jar. 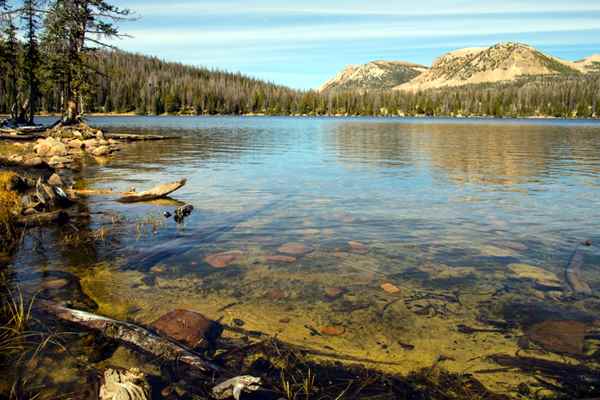 What if? Do you know how many ideas for books begin with-- what if. The next thought can be-- ridiculous, but sometimes it's-- why not!

Why not have a hero who is named after an ancestor who did evil during his lifetime? Why not have that man be the very soul who has lived lives between the evil one in an attempt to get his lives on a healthier course? How much of that outlaw violence would carry over into the one he's now living? Can someone really change their soul through the lives they choose? Since they won't remember those earlier lives, how much do they impact today's choices? What if he has spiritual helpers who have come along for the ride but that he doesn't see or want to hear?

These are the questions raised in Complicated Bargain-- third of the Hemstreet Witch books, now in a series called Mystic  Shadows.

by Diane: Update #1: My process in making a new painting goal

Clearing the way for an exciting new direction

is one of the best parts of exhibiting my paintings.

Black swans What do you think? 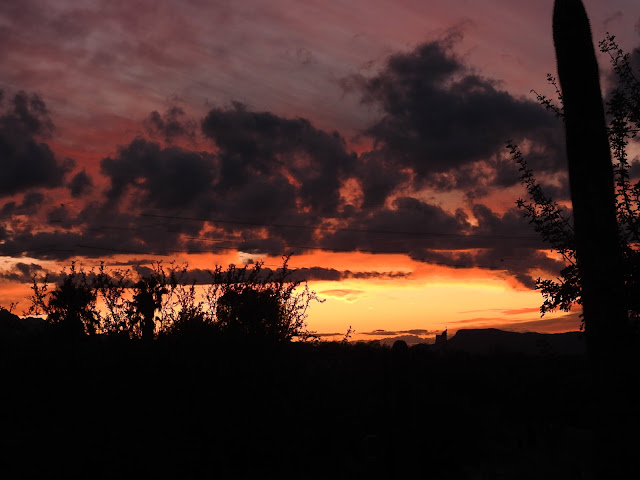 As a writer, I am always fascinated by terms I hadn't known. Such a one came to me this year-- black swan.

Definition: A black swan is an unpredictable event that is beyond what is normally expected of a situation and has potentially severe consequences. Black swan events are characterized by their extreme rarity, their severe impact, and the practice of explaining widespread failure to predict them as simple folly in hindsight.

Some take them only to be about major institutions or events that impact a whole culture or even the world. I think they can be seen as also about our individual lives.

by Diane: New Decade/ New Year's look at my life as an artist

Before considering my resolutions, this decade, this year, I question my life as a practicing artist. In my current stage of life going on 77 years of age in 2020, I consider my age and the changing of our living location or remaking our home to suit our needs - an expected soon to be reality.  Plus all the conditions of the world around me need to be considered. Putting aside immediate issues for awhile, I consider some hypothetical possibilities far from my reality.
How would I practice art if I was a Yellow Hat Tibetan Monk? Will such an improbable question stimulate an enlightened goal?
﻿

I remember my first impression of the artist monk August 13, 2002, at the Drepung Monastery in China, Tibet. Seeing his fascination with my sketches and pen, I handed him a brush pen that I was using. He wanted to try it and I gave it to him for keeps. In my sketch book he drew a self portrait. Later at home I painted Pintolanden ( my poor phonetic spelling of his name). I clearly remember my impression because when I came home, I painted him. His studio was rich in color. I was impressed how cozy he was in stark contrast to the desolate landscape outside. Above all I wanted to work from color pots like his.

Historically monks painted meditatively soothed by repeating the same traditional details with minimal need to make independent choices. All their colors were spread out in little pots so they could paint continuously without interruptions to prepare the next color. So impressed, was I that I found a couple of clam shell plastic boxes in which I put  a quarter cup of each acrylic color. I grouped colors that I often mix together. Spritzing them with water whenever they start to dry, these colors remained workable for months. Now I see much more that I can use from the monk's art process.
On a deeper level, I was impressed in 2002 by the impact of the world on the Tibetan painter, "Pintoladen". He was not isolated from the world.  Tourists like me must be interrupting his work rhythm. He was making thangkas not just for the monastery and local Buddhists but for tourists who may or may not be on a Buddhist spiritual journey. The sale of his work along with other spiritual items made at the monastery supported the monastery in today's world driven by money. Today's world is not perfect.  Neither would returning to a theocracy be better. In by gone ages, the peasants provided for the the ruling monastery.Now it is moneyfrom maybe the Chinese government and tourists.
At home in 2002  I failed to think of our core similarities and differences until now when I watched a film about a Buddhist convert. Next Wednesday's post will be a review of "A Buddhist with a Camera".