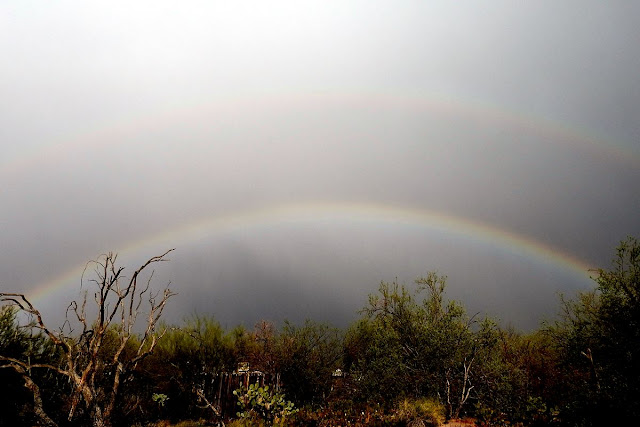 After a year of not much changing, the vaccine has now gone to about half of all Americans. I've read that there are those (1/3 of Christians and 1/2 of GOP men) who won't get the shots for assorted reasons. I know of those who fear the side effects, and for some there have been unpleasant side effects or worse for a very few. Some see it as some kind of spiritual test. I wish those who refuse the best of luck as the virus has side effects too. At any rate, the fact that a vaccine exists is a positive thing for life getting back to normal-- whatever that will be.

It's spring when everything will be changing. Now that we have had the booster to the Moderna vaccine and it's been three weeks, we have supposed immunity-- as best they know it. That's the one thing with this virus-- they are learning as we are going. Still, I believe, it's better that more of us have had it and we appear to be heading toward herd immunity. Onward and upward as a friend of mine used to say.

What is it though with these shootings? Will Biden's Executive Actions help the hate that has taken over so many people? The last shooting (that I read about) was an ex-football player who killed a doctor, his wife, his two small grandchildren, and a worker outside the house as well as wounded a second worker. It appears the reason was the doctor refused the ex-football player more  pain meds. Since the guy later killed himself, we won't know for sure as to motive. Often even when these shooters survive we still don't know a logical reason.

The violence has Americans on edge given it seems often without logic. Hate has no logic and it can be stirred up so many ways. We can't really protect ourselves from it as there is no vaccine. You go into a grocery store and there it is. Not new either.

As someone who got my first gun when I was 12 years old (Christmas present I requested to help protect our sheep from marauding dogs), I believe in the right to bear arms-- but not for everyone. I wonder if a 12 yo could get a gun today; but when  I was growing up, it was a different world. We had less of these senseless shootings-- or so we thought anyway.

What I'd like to see for a gun purchase is a very strong background check where it was not just filling out a form but time to check records and data to be sure the person had no record for violence-- including against pets or humans. I'd like to see that to prevent sales; but if someone is found guilty of an act of violence, the authorities would have the power to confiscate whatever guns that person had earlier purchased.

A meaningful background check, with time to do it, would prevent most of the recent shootings with only one exception that I can think of-- the one in Las Vegas. From what I read at the time, that guy had no record at all.

The records should check back to high school, which if I recall Obama wanted to stop to give someone a new chance. Fine let them have that, but not to buy a gun until many years later. Often high school is where problems are first diagnosed, and we have seen too many examples of that where the person went onto buy a weapon, even an assault type weapon.

I've heard some claim that nobody should have the right to own a gun. They have no need for one. These are city folk generally (before the cry was out to defund the police) and they don't live where they need to protect livestock (and yes that need exists). I believe in the right to own a gun but repeating-- not very everyone. It's like driving a car. We earn the right.

Some fear that if you limit anyone's right to own a gun, somehow you risk everyone's. I don't agree. There are some who should not own guns. Yes, they can still use a knife or machete. Not sure what we can do about the hate that is spreading like a virus. You can be for gun control and still be for gun ownership-- like so many other things. It's not an all or nothing world... or should not be.  That said, most who own guns, including assault rifles, do not commit crimes with them.

Not sure, in the matter of taking away gun rights to some of the population, what about the details of age, degrees of violence, and whether the ban should be permanent? How much should tax payers pay for the process?
I am sure we could know more about how people become violent like Officer Chauven who pressed his knee to George Floyd's throat for more than 9 minutes. If we knew the focus would not be on making sure that George Floyde's case received justice. But more attention on the process in the police officer. With knowledge all police officers would be more aware and more able to cope without violence.

Pretty much all the school shootings were young people that it was known they were violent. What reason do we want them to have a gun? I'd say you could let them wait until they were 30 and have them do some psychological tests and that they had had no record of violence in the intervening years. If you look at the ones who have been mass shooters, almost all have records of one sort or another. Why take guns away from everyone when it's not everyone doing this?

I agree about background checks, they need to be more stringent. I also think that if people are going to have guns, they should be trained and licensed and insured, much like cars. I don’t think many people need to have guns. People in the country are different, of course. We lived in the outback of Alaska when I was a child, and we had a gun, in case of bears mostly. We never had to use it, thankfully, though I think my mom maybe used it to break ice in the creek for water to wash the dishes.

I'm not thrilled with the idea of licensing and insuring due to control by government powers. (paranoid some, yes) I don't see though that only country folk need them with what's happening to some cities with reduced police forces. It's not bad for those who would break into a home knowing there might be someone armed within. I know I felt much more secure when I'd be at the Tucson house by myself and I had a revolver. There had been a murder and rape not that far from us at that time. The farm was the same way with knowing we were a long way from help if someone had bad intentions. Although I have a concealed weapon permit, I don't carry a gun in my purse. Not only the weight but my concern for making a mistake--- pepper spray is safer for being able to say oops later :)

I think it will be interesting to see how this pandemic may or may not alter our cultural norms in peoples behaviors, values, attitudes. As for gun control, clearly there are numerous actions that need to be taken relative to firearms distribution. Too bad the NRA hasn't been led by people who want to be part of the solution rather than stoking the problem with false justifications for the status quo. with motivations that may be less than noble.