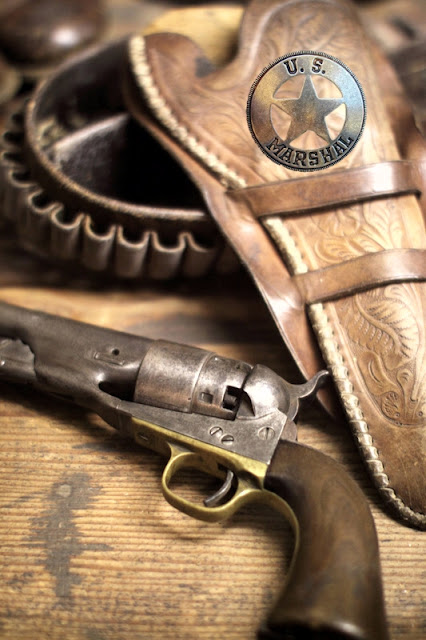 Growing up, westerns were my favorite series TV and movies. The good guys used guns and they always won in the end over the bad guys. There was no problem figuring out who was who. As I have mentioned, right now I am watching no TV; but even before, I didn't go to the channels with the old westerns. Maybe someday I will, but right now they don't draw me to them.

There were a lot of television westerns that I loved back in the day. One of them was called Gunsmoke, about the marshal of Dodge City, Kansas and the woman he loved. Oh, I know the woman he loved never came to fruition while in the shows, but it was there in the expressions and the looks Matt and Kitty gave each other. If it had been in a different time, maybe it would have, but in those days the hero either had to marry the heroine or it needed to stay suggested. The emphasis was always on the marshal and his job.

What I came across on YouTube is, how many people had created the love story we all craved to have seen, the one we imagined. There are a lot of these videos. They go back ten years or even more where the music is put to clips from the shows. Here's one--

Gunsmoke ran from 1955 to 1975, following an earlier radio show. In the last year, Kitty had left the show. Maybe the star got tired of never getting her marshal.

This question is whether the heroine and hero never connecting (many in those days) led many western writers to want to create romances where happily ever after was required. If I had begun publishing my own books back in the 50s, would it have influenced not allowing a marshal to have as a lover, a saloon owner (or bordello madam). Could they kiss? Not a chance.

My first books were written in the 60s but I didn't have the sex in them either-- the rough drafts that is, as in those years I wrote but didn't publish. By the mid 1970s, the word for romance novels changed and steamy was part of the plots. Personally, I think it was good for women to read such books where healthy sexuality was a part of a serious romance (well, some weren't probably so healthy back then).

My first historical western where the hero was a marshal was Book 2 in the Arizona series. The marshal had been in book 1 as had the future heroine. How to make their story challenging led to a lot of research as to what being a US Marshal meant back in those days. Many towns, like Tucson, had a marshal and a sheriff. The marshal's job was more federally political while the sheriff was run more by local partisan politics. But, both were political.

The Marshal's Lady (original titled Tucson Moon) dealt with a man and woman with very opposite ideas on guns for instance. He used one as part of his responsibilities. She despised them. What really brought them together, to work past this, was the arrival of his estranged nine year-old daughter when he had no idea how to be a father. The heroine stepped in with her sympathy for the girl and from there romance grew.

Unlike Gunsmoke, I had no compunction against bringing these two together sexually, but it had to make sense that it could happen and it had to take into account the nature of the times politically and culturally. Because it was set in Southern Arizona, I enjoyed writing it as it moved outside of Tucson and involved characters from my first Arizona book.

If you are interested in such a story, politics was very much part of it, as it  is of our world today, it's at Amazon and other eBook sites.

One other thing: I got a notice from Blogger that they will no longer be notifying those, who signed up for RSS, as of July 21st this year. I don't know how most of you find your blogs but if you counted on an email or phone announcement, you might want to reconsider and do what I do (I never signed up for this service). When I have blogs I want to read I bookmark them and check when I know a new one is likely. In the case of Rainy Day Thought, that would be Wednesdays for Diane as she weaves her way through widowhood and her career as a painter and Saturdays when I write about whatever has struck my mind that week. Always new entries on Wednesdays and Saturdays. 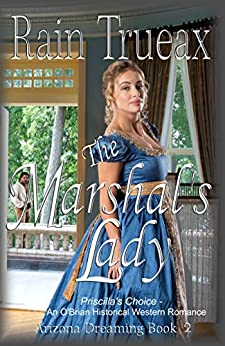 Oh, and don't forget The Marshal's Lady for a taste of what life was like back in the 1880s and a book where a happily ever after is going to happen-- even after many struggles (of course). Although the link is just for Amazon, the book is at Barnes and Noble, Apple, Kobo, etc.

Interesting cover for Marshal's Lady.
Sorry about the change from
blogger. Just recommended the e-mail service to a friend and now I will have to alert her myself.

We haven't researched yet what we might do about it and have some time to work it out. I've never used their alert system; so maybe a lot also haven't.

Interesting to read about your writing and publishing experiences. I don't have my blog connected to any kind of services. Ronni may have hooked me up,to something once but I don't know.. i suppose I should connect my blog to whatever is available for more exposure but I don't know anything about that, or what to do. I simply go to my blogroll and click the links to visit blogs I want. Everything else is in bookmarks, history, elsewhere.

What I do is list blogs I read, who also read mine, on my blog. I use the list to find blogs that I might not have on my bookmarks. I don't actually read many blogs myself but i do regularly read yours, Joared. Always something to see there, which is why it's listed on my 'Blogs of Interest'. I have a few other regular checks that aren't there because they don't visit my blog nor list it, which makes me feel they'd rather I didn't theirs. Doesn't stop me from reading them though :)