Dreams and their powers from 2006

As I've mentioned I am looking back over past blogs. When I wrote this, I had no idea that someday I'd do a LOT more research on the Yaqui culture with eventually a book, Forbidden Love, with a Yaqui hero. The book was written long after the dream but that's the power of dreams 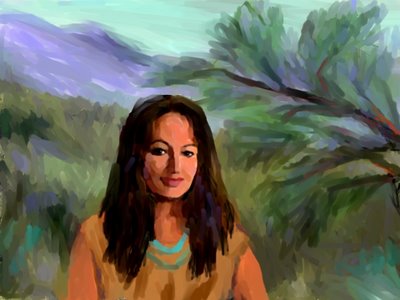 Understanding the meaning behind my dreams has been one of my spiritual goals. Last week I had one that still has me considering. I was tending sheep and cattle. A pretty common theme for me, but then it began to turn unusual. Some I don't remember except for thinking-- what was that? One incident I recall was pulling a drowning calf from a water barrel, then realizing under it was another, and I was able to save it also.

Then the dream shifted to sitting in a room with a woman across from me and a man behind. I knew there were others nearby but unseen. The woman told me they all were part of my Yaqui family. She said the man was my Yaqui father and in the other room was my Yaqui lover. I saw none of these people in the sense of being able to identify who they might be today.

I had the feeling she was saying this was a bit of a magical family that went farther back than the Yaqui time; and yet Yaqui was how she identified it to me so I would understand.

She said, when magical things happen, they are only to get our attention for the message; so we will listen to what comes next. The magic is not significant other than as an attention-getter. Magic is for the message but not the message.

This is a truth that maybe should be obvious. When Jesus did miracles, he did them to get people's attention, to show who he was, to get others to listen to what he had to say. This is true of most mystics. They are not caught up in the power of the supernatural event but see it for what it is-- a way to help ourselves and others be open to listening.

I woke with a couple of feelings about the dream. First was wondering if it applied to one of my regressions (which I wrote about last fall and reposted for anyone who would like to read it-- here) regarding a possible past life, one which I had thought was most likely Apache because of the area where I thought it took place. Perhaps the people were Yaqui instead. The Sonoran Desert is still homeland to the Yaqui as it was to the Apache during the time of that possible lifetime. It is also where I have a part-time home, a land I have long called one of my spirit homes. Maybe a past life was there. Maybe not.

If it was, it would add to my understanding of what that regression lifetime might have been like. I have felt for a long time that what I did in that time had cost me a soul family's respect. Did I lose touch with who they were, and the dream was a way to reconnect us? As is often the case with dreams, one can wonder more than prove such possibilities-- at least for now. 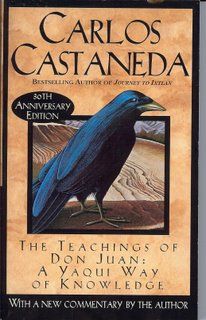 Second possible purpose in the dream was nudging me to finally read the Carlos Castaneda books about Yaqui mysticism and learn more about the ways of the shaman, something I have read some on through the years but only limitedly. The book I will begin with is called 'A Yaqui Way of Knowledge, The Teachings of Don Juan.'

Shamanism has appeal to me because as best I understand it, it's about those who heal, who help others into oneness with the land and spirit. Perhaps I will soon know more about it.

As most strong dreams do, there could be a third reason for this one, and that might be combining the mysticism I can learn through these books into the story I have been slowly building from dreams. Maybe.. could be.

(This kind of, maybe, could be computer portrait, Yaqui Woman, is mixing some reality from this lifetime with that regression of 1998 in a bit of a dreamlike image.)
Posted by Rain Trueax at Saturday, July 24, 2021