learning as I go 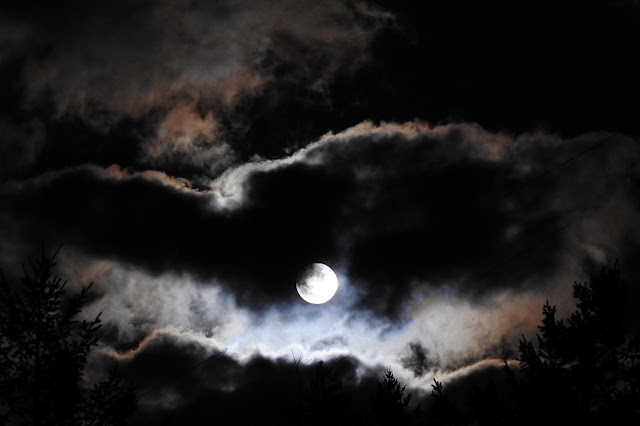 As a writer, every now and then something comes along that makes me rethink what I believed I already knew. I value such times. I've often thought how cool it is to have creative challenges at my age. This week had such a time, and it led to this blog-- and rearranging what I had planned for today.

Writing is about the idea, the craft, and then if you want your work seen-- marketing. The latter is the bad word no one likes to talk about where it comes to creative work. It must be pure goes the refrain. On the other side of that is-- write to market or forget it.

What is the market? It's the customer. It's the one you are asking to exchange the dollars they have worked to earn for the object you have created. Put marketing down at your peril--if you want a career as an artist or writer. If it's a hobby, then play away as you only have to please yourself. Hobbies can be very healthy-- maybe healthier than careers when it's involving something as subjective as the arts.

One reason writers like to see their books sell is it's an affirmation of what they've done. It's all very well to say-- I am a serious writer-- while you hide the work to be sure no one can critique it. Put it out, market it, and I guarantee you will get critiques, and they won't all be friendly.

So with the idea of marketing for my contemporaries, we are trying some ads... very few for now but to test the water. Dip a toe in. There is a LOT to learn there. One thing is finding target words. Those can be aimed at the genre, say romantic suspense, but also other writers whose work is similar to yours. Your ad, depending how much you are willing to spend and how many want to be there, will show up as sponsored content under their books. Sometimes it will only be seen by someone who scrolls through all the other ads-- and yours might be five pages back if not farther.

In finding those writers, other than ones I already knew, I began doing searches to see who else was in say romantic suspense. Then to see if the writing was anything like mine, I'd look at the samples. What I learned, to my surprise, is a more and more of what is popular right now in contemporary romance seems to be in first person. To keep it simple for what that means, I found this from Grammarly:

Everything I have ever written has been in third person. It's what I also prefer to read. I avoid first person books as I like to see different points of view. I began though to consider what my contemporaries would look like if they were in first person. Is this an age thing-- young tending to prefer first person and old third? What we are used to? What If, this winter, I took the time to rework my contemporary suspense into first person? It'd be a lot of work, but they aren't getting attention as they are.

One other issue is those briefly-surveyed contemporary romances, unless they were sweet, they tended to have 'bad' language in them.  How do you feel about that? Some words okay and others not so much?

So to share how that could be done and maybe get some feedback from readers as to how they feel about points of view, I rewrote the first chapter of Evening Star. If you stick with me, you will see what the published version looks like in third person-- followed by the same chapter turned to first person. One thing I was aware of, in rewriting this and then reading both, is there is some distance and maybe even softness to third person. With first person, even in past tense (I'd never write present tense-- can't stand to read it either), there is an immediacy, even a sharpness. So, if you can take the time to read through these, which is best in your view?

I prefer the second version but abhor going back and changing previous novels. Sounds like a dull task. If it is like paintings, when I go back to change one element, I end up having to change other aspects of the painting ending up with repainting the entire thing. First person offers the compelling revealing of changes in the main character.
Keeping the integrity of the painting sometimes requires starting out fresh with more or less the same theme.
About strong language depends on the target of your readership. Just my opinions. Go for what speaks to you and is your personal pleasure.

Interesting. I kind of like it also. It'd be an easy book to redo since the points of view were her or the villain's. Such fun to imagine writing a villain in first person ;). I was surprised that I liked writing in first person for that second version.

I can see where a mystery written in first person might be a good perspective so none of the plot is given away and there would be no way the reader could figure out who dunnit. But in a romance, I want to get both the perspective of the heroine and the hero, especially if there is doubt about how one of them feels about the other and if one of them has a secret they keep from the other (for a "good" reason.)
Just to ruin your day, I liked the first one regarding perspective, but I liked the second one for the quality of the writing. So go ahead and shoot me now. LOL
This is your story and you should write it your way. Experiment and see what turns up.

lol Sarah. I like that too. I did not have his perspective because I wanted the reader to not be sure who he really was. It's the only book I did that way. I am still unsure whether I like the first person with it :). thanks for an honest opinion