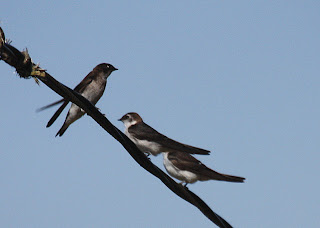 There are two supposed no-nos in polite conversation.  They happen to be among the most volatile and passionate topics to discuss which is why they, of course, sometimes lead to dissension. Although both impact our lives in many ways, they are not okay where the weather would be... unless you bring up global climate change.

I have banished politics to my other blog where I am happy to keep it but cultural issues, those I still wanted for here. This is not only because they are of interest to me but because I think they matter more than the partisanship that pits one party against another and for whose gain? Well never mind as that is for the other blog.

Religion I never promised would stay elsewhere (unless it is political), and since it is of much interest to me right now, I am going to have two blogs coming up on it. This one is just clearing the ground and a kind of warning for those tender to the subject and where it's something they'd rather not think about right now. Coming back in a week might suit someone like that better. I have no desire to push my opinions onto others even though this is my place to vent them.

What has led to me even wanting to write about it is the talk of Islam and Christianity that has arisen due to the Islamic cultural center at ground zero although it's not even certain it'll be built, and who knows why the heck it would be called at ground zero since it's two blocks away. I have written more than I had ever intended about that in the political blog and if anyone is interested in my opinion, it's at Rainy Day Things with several posts and many comments. Since I think it is more political, it seemed appropriate for it to be there.

BUT what has come from this is not so political as it is cultural and about how this country sees religion. What do we mean by freedom of religion? While that is important to me, what I really want to write more about is personality and motivation. I find such topics of much interest. There is not much that fascinates me more than why humans do what they do. Often I simply observe and wonder at from where the heck that came (sometimes even when it's myself). Sometimes I like to try to figure it out.

As I have mentioned before, I often dream complex, story dreams where the characters fit into a story that seems to me would make a book. Most of the time I am later lucky to remember the bare bones of those dreams if I don't write them down which I sometimes do and sometimes not. I woke the other morning after such a dream. It had been wonderful, romantic (and when I say romantic, I mean PG rated), like watching a fascinating movie, but it wasn't what I ended up thinking about in those first moments of being awake. My main thought was that the piece I had planned to write on the motivations of one particular religious person, that one belonged here not in the political blog and so here it will be-- next blog.
Posted by Rain Trueax at Monday, August 23, 2010

I like the swallows to illustrate the spirit of defending ones own. Sitting on the line!

oops...link not working to Rainy Day Things...error 404 whatever the heck that means!

Thanks for telling me, Tara. I am not sure what went wrong with it but I hopefully fixed it. For anyone interested in my political slant on things, it is always in my blog roll, with the latest topics, along with some of the other blogs I read and their latest topics.

I appreciate the Heads Up, dear Rain...I am afraid I am not of a mind these days to deal with much of anything bordering on Political, Religious or of even Cultural-Religious overtones...I so appreciate your keen mind and your open heart...But, I'm just overwhelmed with personal problems at the moment, so...I will be back later, my dear. And again, thanks for giving me a choice. I dearly appreciate that.

Politics, religion... is there a difference. One just seems the same as the other, yet both attack one another, though one exists only because of the other.