It's cultural and religious 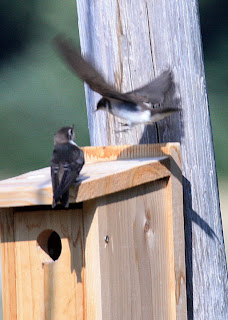 Since I am delving into religion, I thought I might as well throw this in.  I hadn't been quite sure where to put it, but the subject of monogamy is more cultural than political and it's something I have found interesting to read or write about before. This article led me to think about it again.


So what you're saying is nobody should be monogamous?
Even most not particularly religious Americans believe in the concept of monogamy or at the least serial monogamy. The idea of multiple partners at the same time is upsetting to people, and it isn't really about partisanship or religion. It might well be cultural as I recently read 'The Girl with the Dragon Tattoo' by Stieg Larsson and the viewpoint toward monogamy (he was Swedish) was different, but then there have always been free-thinkers (called libertines by some) who have a looser view of monogamy.

The link above was discussing a book called Sex at Dawn by Christopher Ryan and Cacilda Jethà which I have not read, not sure if I will either, but it sounds like an interesting look at the history of human sexuality. I have often asked the question of why do we expect to pick out a partner at youth that will last through our entire lives? What in our history has gotten us to this place? Obviously religions but did it begin there? People expect so much from monogamy; so is there a logical reason for that?

The review said that the book makes the case that the concept of monogamy being essential and even natural began with the agricultural society where humans could acquire and keep possessions. When you travel a lot with a hunter gatherer society, you must have only what is required and the tribe is more connected to each other as they depend on one  another for survival. Once possessions come into play, then one must be sure of keeping them and in particular men considered their children their possessions. Can't have a wife fooling around even if the husband has several wives, mistresses, or concubines.

Today, in the United States, there are those who consensually enter into non-monogamous relationships but for the most part, they keep it secret from society.  It is not considered okay. It has to be 'two-by-two they go' or others get nervous or even aggressive in expressing their disapproval. Is this inherent or taught?
Posted by Rain Trueax at Friday, August 27, 2010

Diane Widler Wenzel said...
This comment has been removed by the author.
7:43 AM

Monogamous society puts less stress on care givers of their aging parents. Married couples have a full plate caring about four of their parents.
Monogamous families have less competition among elders for grandparenting time. Grandchildren of multiple marriages have at least six grandparents, and someof them can try to show off because of their feelings of inferiority. It is rare that divorced couples can remain friends.
Monogamy is difficult but when there is a solveable problem, it sets a good example for the micro family as well as the world as a whole.
Although I support monogamy, I do not feel anger towards people who can't keep a monogamous relationship

So it's what my parents thought, you have kids to take care of you when you get old? It has seemed really a wrong attitude to me but if you add in that's why we have monogamy, each generation teaches the next for their own benefit and they stay together even if the relationship is not good because otherwise it might teach the next generation they can choose quality of life over learned mores?

This question though is also addressed at those who stay married but have affairs. Or those who form polyamorous relationships which are like polygamy except not legally recognized to avoid trouble with the law.

Does it then relate to religion at all? Or has religion just done this to 'strengthen' the fsmily unit concept-- although not all have children.

I have believed for a long time that monogamy is not for everyone. I believe (and the evidence bears it out) that a man or a woman can be in love with more than one man or woman at the same time. Fundamentalist Christians would excoriate me ( a fellow Christian) for such a belief but there it is !

Charles Krauthammer's column in today's paper refers to marriage as "the most ancient and fundamental of all social institutions."

Hmmm.....Marriage as more ancient than the notion of "tribe" or "royalty"... regardless of whether the scepter was a mammoth bone or a golden staff? Marriage as more fundamental than parenting? Or is that a "biological institution", an imperative that is incumbent upon women but not men? I wonder.

I was just telling G'ma that I believe in God but not so much in religion... adding the bureaucrats to the notion of a higher power seems to demean it in my eyes. But, then again, I'm a heathen who doesn't think there are many "shoulds" in the world beyond "be nice"
a/b

Well for one thing, when you only lived until you were 40 or the men were killed by bears or lions or wars and half the women died in child birth it was much easier to stay with your mate until death. Now that we live the life of leisure and make it to our 80's it is a much longer time to be miserable and we have more time to think about what else is out there since our survival does not depend on how we spend every waking minute.

I can't begin to address this but I did find it interesting.

I surely do not have the answer to that one, dear Rain....I believe in Monogomy but my reasons seem quite childish to many people, I'm sure. It is the "ideal" as I learned from the Movies of the late 1930's,
1940's, etc....I've always said, "MGM Ruined my life...".
And, never having been married I have no real life-lesson to offer. I DO know that in any long-term relationship I have had, I found the idea of 'cheating' abhorrant, and "trust" went right out the window, never to return, for me....Childish, I'm sure, to many people. Un-Realistic, to many people, but also, many many women--in particular--agree with me and felt and feel the same way...
It is not an intelectual thing; it is an emotional one. And there is the truth of it all for me. Right or wrong, that is how it is, for me.

Keep in mind consensual non-monogamous relationships are not cheating. They are adults agreeing to be in relationships with more than two partners. The name for it when it is between three or more people and about love (this is not swinging but committed) is polyamory. Serial monogamy, of course, is often not the choice of one of the two partners. Some would end easy divorces in this country and there'd be less serial monogamy. Those who worry so much about gay marriage might find this is more the concern if you want to keep people married for a lifetime or as ingineer said, several lifetimes by past standards.

The equation here should take into account love between two people too. This can come upon us at any time and any place.

Seems to me I recall some scientific studies (aren't there always some on every side of every issue) that concluded some people's genes predisposed them toward multiple partners and others toward monogamy.

I think that's true in the creature world, too, that some take one partner for life and others flit about.

Therefore, we all need tests before we wed so we'll know what we're getting in for and can make an informed decision as to the degree of risk we're willing to take should we be monogamous and our prospective partner not so.

I wonder if that inclination changes over time? Somebody needs to study that.

As for "love" -- too many people equate engaging in the sexual act as always being about love when often it's simply lust.

You might have some clue what you are in for, Joared, if the person is always eyeballing those coming in the door for someone more attractive in terms of ruling out the alley cats, male and female types; but the problem of changing needs over a lifetime, that one you couldn't know. Some believe you can look to the family and tell if they will easily skip out but I do not think that always holds true either.

I am not convinced that people who always stay together-- even when the relationships are not fulfilling-- are the superior people. Perhaps the stronger ones leave and try something else and provide the higher example to their kids. On the other hand, could any relationship be fulfilling for a lifetime and might some skip out too easily and hence spend a lifetime trying out this or that and always being disappointed?

They pretty well now know that even supposedly monogamous animals do have sex with others sometimes casually.

In my opinion the people that stay together even in a bad situation are making a mistake. I stayed with my ex for a long time even though I knew she was cheating because I thought it would be better for our children to stay together. My parents went through a nasty divorce and I did not want to subject my children to that. In the end after we split up, I believe that it would have been better for the children if we would have split up years earlier. The kids can tell when the parents are not happy and that affects them too just as a divorce would. I am so much happier now and my kids are grown and they are happy for me.

I have always thought that monogamy came from the idea that "humans could acquire and keep possessions." Monogamy, I think, came from the idea of land ownership and alliances... the dowery, and marrying well to keep the family in wealth.

Sex got tied into the marriage thing because of misinterpretation of the Bible.