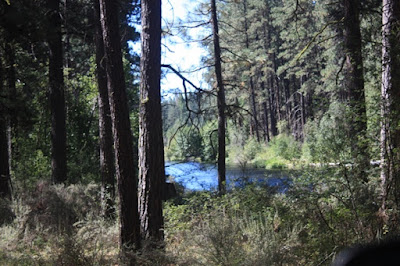 A writing lifestyle has its ups and downs. If I include into that lifestyle the blogs or anywhere I post my ideas, it has even more hills and valleys.

This blog is a prime example. There have been days it had as many as 1400 page views... and days where it's had around 100-- all in the same month. I can't explain why it's not consistent-- either way. This summer, I had no explanation for why I was suddenly getting more page views from the Ukraine than the US. Then it switched and hardly any from the Ukraine and more from Russia than the US-- double the amount. Then that disappeared.

I don't always look at the numbers but when I do, it never makes sense why they come and why they go. When I try to figure it out based on my posts, I pretty well come up with the idea that I have nothing to do with the numbers. It is some outside influence as this month, there have been none from Russia or the Ukraine and South Korea is second to the US... 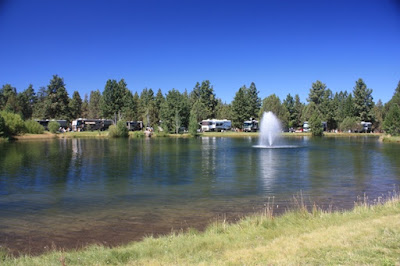 Because I don't visit many blogs myself, mostly due to a lack of time for pleasure reading, I don't bring readers back here as some do. I also don't write a journal type blog, which I think builds up more regulars as people get into your life. I not only don't write politics here, I don't read political blogs-- although I still have one cultural/societal one that I check on. Those though who regularly post partisan opinions are not on my blog list alongside. One that I did read, I'll get back to come late November to see if it has finally gotten away from the politics that currently can be so upsetting-- whatever side you are on.

It's not that I don't consider the US political scene to be interesting. I do. I though save my rants for my more political blog (which has no schedule). Once in awhile, I spew something out there; but because I am a political moderate/independent, my views don't coincide with either party or candidate-- and can annoy both sides of our political and often cultural divide. Writing about it here isn't happening because I want this to be a respite, a break for me and the reader. 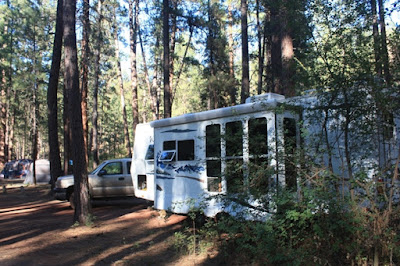 So my new book is out and probably won't have much in the way of sales as the first one did not. I have decided this series is a labor of love, which is why I will write all five regardless of whether they find readers. Sometimes, unless you need the money, writing is about following the muse and feeling satisfied with where you go-- even when it's not easy or rewarded.

Following the muse meant on Sunday that I wrote a short story, intended to bridge between the last Arizona historical and the one I will write when I finish these shorter contemporary paranormals. If the short story fits into a Christmas anthology, where all proceeds go to a charity, that's where it'll go. If it does not, I think I'll expand it to a novella as it has the potential to go way beyond 4000 words. It was a fast and fun write (edits yet to be done) and sometimes writing should be fun.

When we got our trailer back from Central Oregon, we stayed a few nights in two different sites, very different feel to them. The photos are from those days. 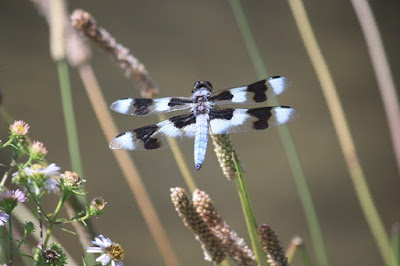 I added a new label for this blog-- lifestyle as I'm thinking more about that for assorted reasons-- some of which may find their way here.
Posted by Rain Trueax at Wednesday, August 17, 2016

Writing is a compelling addiction for some and while it would be nice for you to be rewarded with more readers, I am glad you still find the muse calling to you. I like to think I am a moderate politically, but with the huge and dangerous contrast between the wealthy and the poor I am much more liberal these days.

I've been far more rewarded than when I didn't put them out at all ;). The blog is more of a mystery to me as the numbers go up and down for no reason I can figure. But then, I don't read many blogs anymore, so... I think the ones who have the most regularity have readers who regard them as friends. That makes sense to me and they go back and forth to each other's blogs. Still... what was with Russia and the Ukraine? lol

I lean left but right now am doubting that liberal ideas have worked on poverty considering how we are seeing the inner cities ready to explode at any excuse, holding grudges, having horrible schools, broken families (like 70% broken), and a future that looks like it won't improve. I look at the latest riots in Milwaukee over a justified shooting by a police officer (they aren't all) leading to businesses being torched, property destroyed, and people claiming they want white lives to pay-- while they ignore the gun deaths of the week before as that's okay to shoot each other but not when it's a police officer-- even when he's also black. Listening to some of them put out their grievances, it's hard to see that liberal ideas have worked. When people cannot talk in a way that communicates their ideas, what kind of jobs can they hope to get?

And then there was a video that I saw which shows college kids (mostly white) being asked who won the Civil War, who was in the Revolutionary War, who is Vice President etc. and they had no clue... but ask them about reality TV shows and they are on the money. And these were college kids. It does not make a person feel encouraged about the future