August and some nice storms 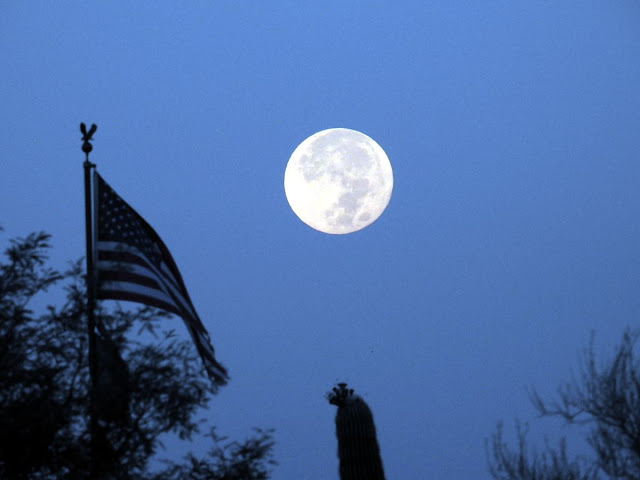 This Sturgeon moon is the considered to be fourth supermoon in a row after the Buck moon in July, Strawberry moon in June and Flower moon in May.

I haven't had a lot to say lately as our world has been very quiet. Ranch Boss had cataracts removed from both eyes and that takes some time to arrange and then the healing and repeated doctor visits to be sure it's all fine. He is quite happy with the results and now has 20/20 vision in both eyes and no more astigmatism.

We had a little concern about the process since it does involve an anesthetic, but they don't put the patient to sleep, but just to relax so they can do the work. He found the process fascinating for  how they remove the cataract and the old lens before replacing it with the new one.

The patient has a choice of how far they want to see, and he chose distance with using reading glasses for up close and the computer. He also had a choice on using a laser and paying for that as the basic cataract surgery is covered by Medicare for someone with as bad of vision as he had in the one eye and fuzzy in the other.

Otherwise, not much. I have been wrestling with low blood sugar and may have found a way to help which involves protein bars in the late afternoon. Fingers crossed. (turns out that wasn't the solution. More research needed). 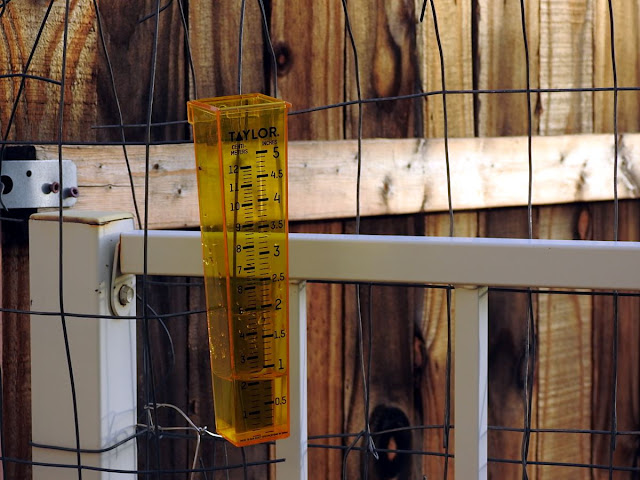 The monsoons in our area have been mixed for how much rain is involved. we bought a rain gauge and the other night, we had three storms come through, with some scary thunder in one of them and 3/4" fell between the three. 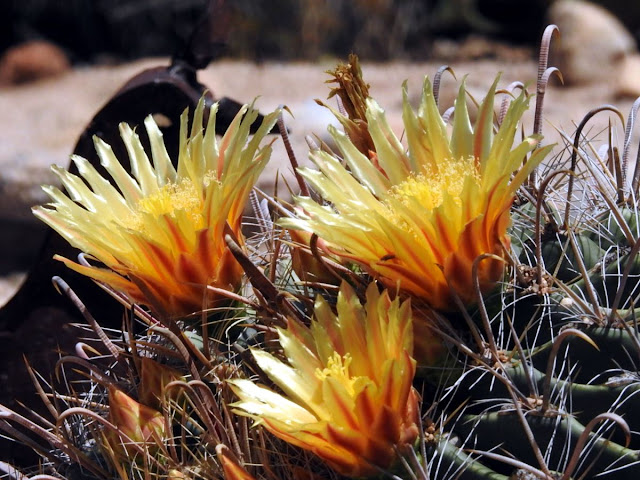 We and the cactus are hoping for more rain, but you really never know and often the storms hit places other than us. 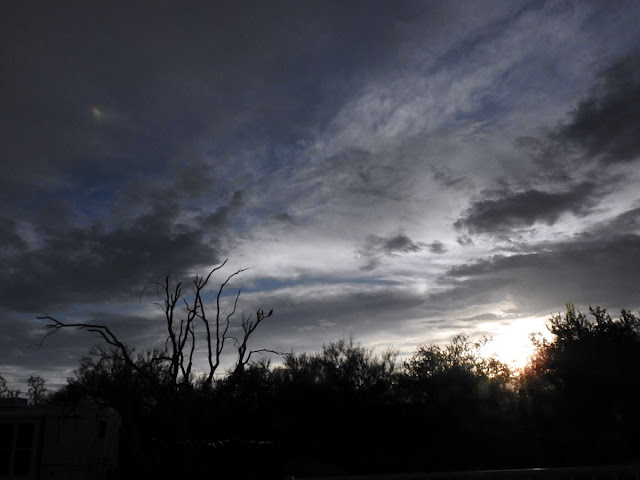 Fearsome looking sky! Glad you've had some rain. We're still dry here. Also, am pleased your husband's eye surgery went well. It's amazing what a difference this seemingly simple surgery makes that I had years ago, as did my husband. Makes a tremendous difference in peoples lives. Hope you get your blood sugar issue resolved.

Weather is so dramatic these days. We are finally getting cool weather and a bit of rain. I may have to have that surgery some day and almost wish it was sooner rather than later.

I might face it also someday but after his experience, I won't worry as much if that happens.